De Roskam has old paperwork. There was an inn near the church in Nunspeet in 1551 and the name Roskam has been used since 1785.

In 1828 plans for the Zuiderzeestraatweg were presented for inspection in De Roskam. The new road between Amersfoort and Zwolle passed between the village church and De Roskam. De Roskam was not just a place for travellers to stop, it was also a cafe and a meeting venue. Over the last centuries, more than a thousand auctions of houses, mills, estates, land and crops were held at De Roskam.

In 1855 a fire started in the stable of De Roskam. The fire spread to the church and the houses on the Dorpsstraat. Thirty people were left homeless and the church was completely burned down. A fundraising effort, contributed from all over the country, helped those affected. The village and church were restored and tenders for this took place in De Roskam. The memorable year 1855 is inscribed on the facade stone next to the entrance to the Roskam.

An old photo of De Roskam reveals clearly how Nunspeet and specifically De Roskam developed. Come and experience the history of the inn, cafe and restaurant in the Dorpsstraat. 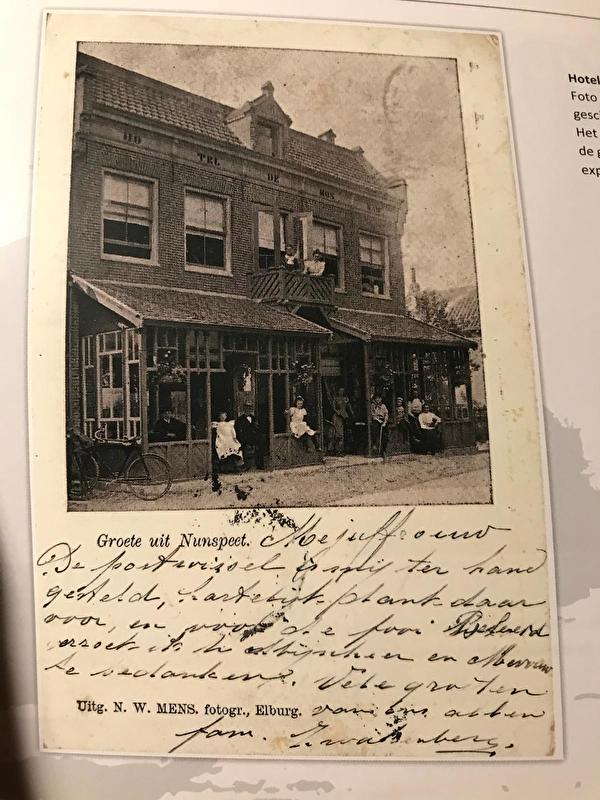